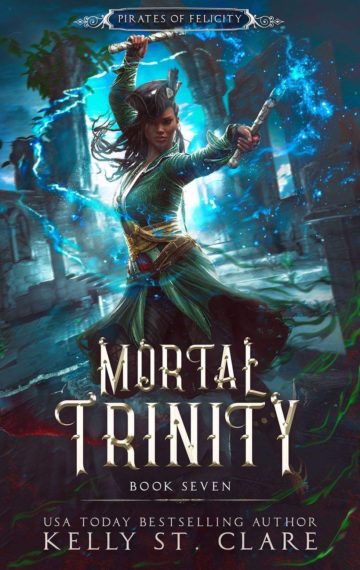 The battle is over.

My fathers are insistent that we keep fighting and end the pillars’ evil reign. As far as I’m concerned, the battle was lost when hell burst open and someone I loved died.

But Mutinous Cannon didn’t just take the root of magic when he broke free, he took Jagger.

I’ll get my flaxen-haired pirate back.
Whatever the cost.
After that?
The realm can save itself.

Join the Pirates of Felicity as they race to sail across the finish line and save the Exosian Realm. Filled to the brim with humor and action, embark on this exciting pirate adventure by USA Today Bestselling author, Kelly St Clare, today!